Exploring Udaipur On A Bike 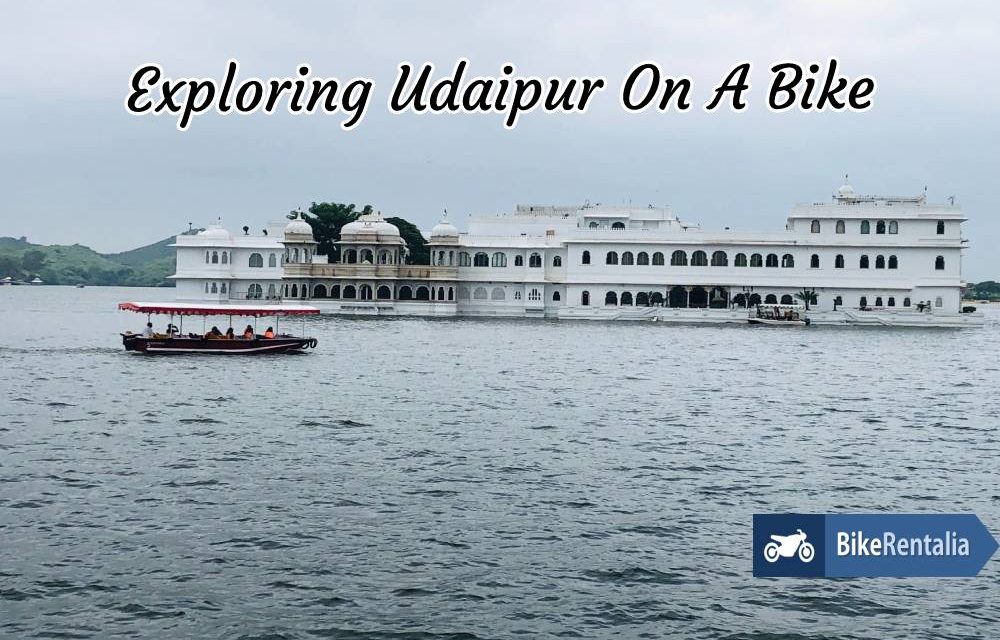 Rarely will you come across a biker who doesn’t have Udaipur on their checklist to explore. The City of Lakes in Rajasthan is a classic tourist attraction that is exploding with old-world charm and royalty. Magnificent forts, gorgeous temples, enchanting lakes and the kindest people – Udaipur is beautiful. History has it that the city was founded by Maharana Udai Singh II and was the capital of Mewar for years. A biking expedition with stunning lakes on one side and an explosion of history on the other side is what Udaipur can give you. Scroll on to know about exploring Udaipur on a bike.

Udaipur’s climate is similar to other parts of Rajasthan, extremely hot in summers and extremely cold in winters. Generally, tourists prefer winters to visit Udaipur as it is pleasant and the weather is quite bearable. The months between October and March are considered to be the best time to visit Udaipur. It isn’t very hot in the day as the temperature stays between 20 and 23°C, but in the night the temperature drops down to between 10 and 12°C. Nothing compares to having a  good climate when exploring a pretty city on bike exploring. The temperature in summer rises to 40°C and it can be quite taxing to ride a bike in the desert region in such heat.

If at all you are on a budget, monsoons are also a very good time to visit Udaipur. The city receives less rainfall but adequate enough to add to the greenery of the Aravali mountains surrounding Udaipur. For bikers, it can be an expedition worth enjoying. Udaipur has its own airport, so you can land in the city, rent a bike and start your expedition. All the major states are connected to Udaipur via road and railway as well.

This artificial lake created in 1362 AD is one of the most common tourist attractions in Udaipur. The lake consists of several islands boasting palaces made of white marble, temples, bathing ghats and more. It is well connected to all the major roads, thus reaching Lake Pichola is not very difficult. The gorgeous Jag Mandir by Taj, also known as the Lake Palace, is situated on Lake Pichola. Don’t worry about the parking space while visiting Lake Pichola as there are dedicated spots for vehicles.

Every part of Rajasthan has a history attached to it. The mesmerizing City Palace was built 400 years ago when Maharana Udai Singh II moved to Udaipur. It overlooks the gorgeous Lake Pichola, and is one of the largest palaces ever made in the history of India, well worth exploring. There are several interesting stories attached to City Palace that will keep you hooked as you go strolling around appreciating the brilliance of Mughal and Rajasthani architectural fusion. The City Palace also holds some of the memorabilia that takes us back to the Mewar dynasty.

A must-visit historical place when in Udaipur is Haldighati, approximately an hour away from Udaipur. The famous Battle of Haldighati in 1576, fought between the Kingdom of Mewar led by Maharana Pratap and the Mughal Army led by King Mansingh, took place here. It has several stories that are pretty fascinating, and is called Haldighati because of its turmeric-colored soil. Halditghati museum that depicts the mighty war in the form of statues is sure to thrill you.

Built by Rana Kumbha, Kumbhalgarh Fort is the birthplace of one of the most powerful rulers – Maharana Pratap. It is a beautiful fort which is huge in size and has gorgeous carvings. It has a wall that is supposedly the second largest after The Great Wall of China. Kumbhalgarh is approximately 100 kilometres away from Udaipur and makes for a fun day trip on your bike. You can travel through Nathdwara and reach Kumbhalgarh Fort and witness beautiful gardens, temples and more.

Udaipur is a pretty developed city with several petrol pumps that make your life as a biker easy. However, it’s best if you fill up your tank whenever possible without waiting for the next petrol pump to show up. When traveling during the summers, and with temperatures going up as high as 42°C, keep yourself as hydrated as possible in order to avoid any uneasiness due to the heat. Do carry enough water along with you and plan your day so that there’s no hectic travel or riding in the afternoons.

In the month of April, the Mewar Festival or Gangaur takes place in Udaipur and it’s worth being a part of. A huge procession moves through the entire city and it’s remarkable to see so many people coming together to enjoy folk-dance performances and more. But bear in mind that this will also mean more people on the streets and less space to bike around freely.

Though you don’t need more than two days when exploring Udaipur on a bike, we recommend that you dedicate more time so that you can explore the entire destination thoroughly.  Also make sure you grab a bite of some of the lip-smacking food that the city has to offer. 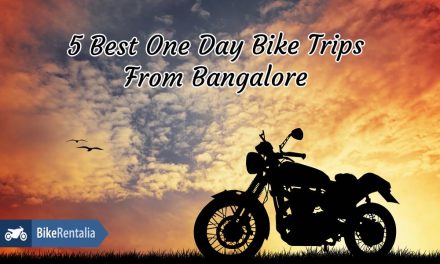 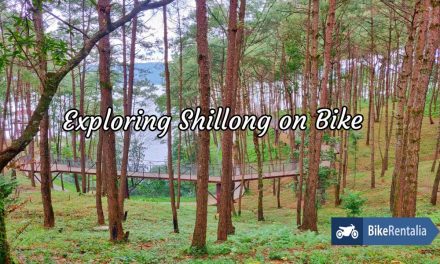 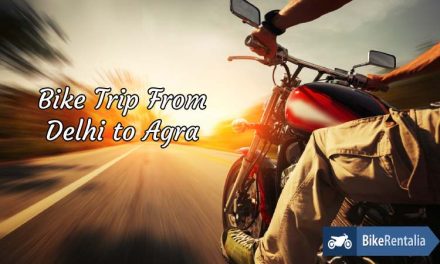 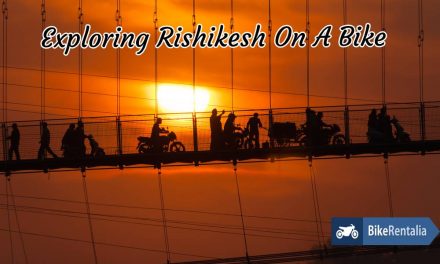