Exploring Kolkata On A Bike 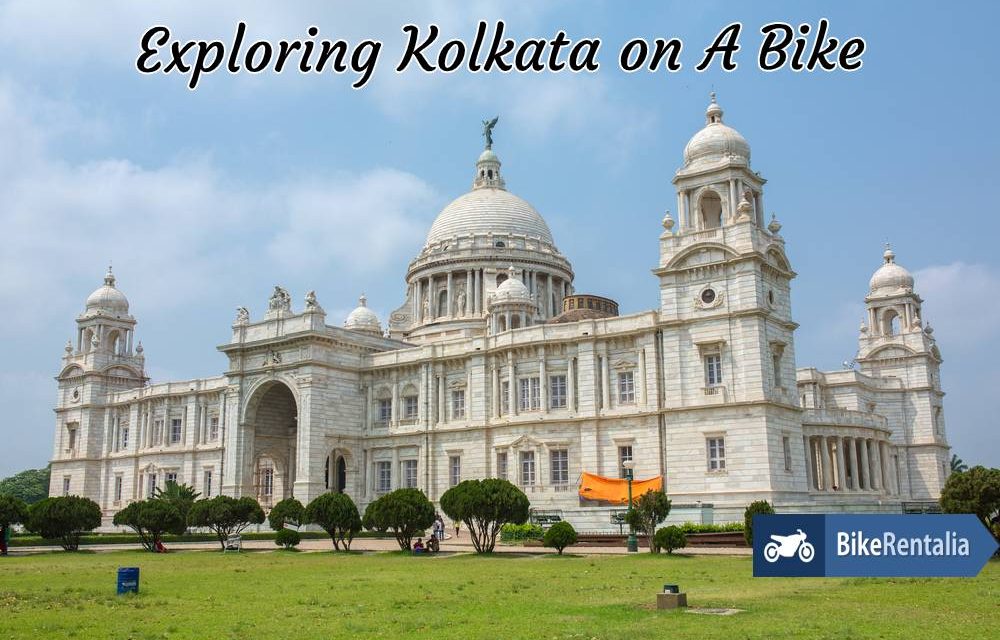 Has your motorcycle diary been looking empty? Then it’s high time you plan your next road trip. This article will get you up to speed with all the information you’d need to start planning a bike trip to the beautiful city of Kolkata.

We have to admit that exploring Kolkata or any other metropolitan city by motorbike is definitely an adventure. While cruising on city streets you realise there’s so much going on and you begin to pay attention to those interesting things.

We’ll start with sharing some of the basics so your bike trip to Kolkata is a great success.

Best Time For The Road Trip To Kolkata

Winters (October to March) are the best time to visit Kolkata. The temperature during winters can drop to 12 degree celsius especially in the mornings. So, carrying a jacket on your bike trip that you can dismiss from its duties later would be best. Winter mornings are also misty so you will have to be a little careful on your bike if you’re leaving your hotel early.

The city of Kolkata lies in eastern India. Monsoons in the east of India are slightly more severe so there’s a possibility that Kolkata showers could disrupt your plans. The locals even have a name for when the rains get violent. They spread the word that ‘Kalbaishakhi’ is here, which is a local term simply to express the violent nature of the rains on certain days.

Because monsoons can be unpredictable, we suggest that June to September are months to avoid. April to May means summers for Kolkata which can be extremely humid. Trust us you’d choose to stay inside rather than outside when it’s summer.

Interesting Sites You Can Visit In Kolkata

The city of Kolkata was the capital of British India, so be sure to pass by some massive colonial-era buildings that take you back in time while you ride through the city.

Keep Maidan As Your Base

We’d say it’s best to start exploring the city from a central point. In this case, we suggest ‘Maidan’. This place must be your base point. Maidan, translates to an open field and that’s exactly what it is. It’s this large park right in the middle of the city. It feels like several regular grounds put together make up this huge field. You’d find locals playing cricket and you get an amazing view of the Kolkata skyline from here.

The term Esplanade is used for the entire area in the vicinity of the Maidan because the Hooghly river flows nearby, which is pretty fascinating. You would also come across this word on a few mansions and bus stops if you pay close attention.

Places To Visit Near The Maidan

First on your list should surely be Victoria Memorial. Visiting this marble beauty is a must-do and it is the biggest tourist attraction of Kolkata. It was built to commemorate the death of Queen Victoria. Anything made of marble does require a waterbody around so you will find a large body in front of the structure that makes the place even more serene. It’s easy to spend hours here just peacefully walking.

Other places around the Victoria Memorial that you can swing by would be – St Paul’s Cathedral for its Gothic architecture, this is truly a beautiful structure.

You must also visit James Prinsep Ghat which is nearby. This is the best recreational spot of the city. You can get a great view of the 2nd Hooghly bridge from here. This bridge is also locally known as Vidyasagar Setu. In this locality you’d particularly find a lot of food stalls, so you should definitely step down from your bike to try out some of the street food here.

The city also has plenty of gardens and open parks. So, when you feel like taking a break, you could always make a visit to Garer Math and Elliot Park.

This is a stadium located in Kolkata’s B.B.D Bagh Area and exactly opposite the Calcutta High Court. Few quick facts on this stadium – It was established way back in the year 1864. Eden Garden stadium is the oldest, second largest cricket ground in India and third largest in the world.

You can go for a spin in this area, where you’ll find colonial buildings, mansions all built during the British times. Victorian-era buildings are found in very few cities and it’s truly something you can’t miss when you’re in Kolkata.

The B.B.D Bagh area was formerly known as Dalhousie Square. B.B.D stands for three young Independence freedom fighters – Benoy, Badal and Dinesh. They were shot dead in the balconies of the writer’s building and the area is named after them.

Few iconic spots you can visit here are the Writer’s Building, Metcalfe Hall, Town Hall and St. John’s Church. You will find several colonial structures in this area too.

Lastly, you could take a ride on the road parallel to Millennium Park and head straight to Howrah Bridge. This bridge is currently the sixth-longest bridge of its type in the world. It’s a busy bridge but definitely one that you can’t skip when you’re in the city of Kolkata. For the best views of this bridge, we’d recommend visiting Millennium Park because from here you can see the bridge in it’s full form.

Things To Remember When On The Road

All the excitement of being on the road will be for naught if you don’t give your safety the importance it deserves. Besides, having a biker places additional responsibility on your shoulders as a rider on the road. Be mindful of these things so that you don’t have anything affecting your exciting trip in a negative manner.

Kolkata has plenty to offer. Riding past mansions, palaces, parks in a city that holds so much history is definitely worth taking. Your bike makes it hassle free to make sweet memories on the road even in a metropolitan city like Kolkata. We hope our blog makes it easier to map out the main spots and virtually imagine yourself taking this whole bike trip. 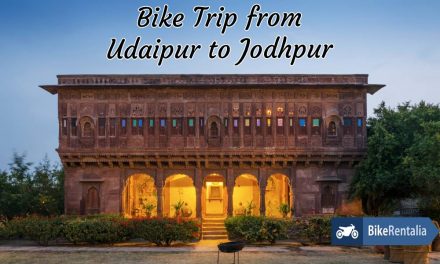 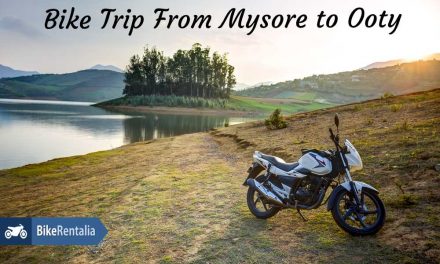 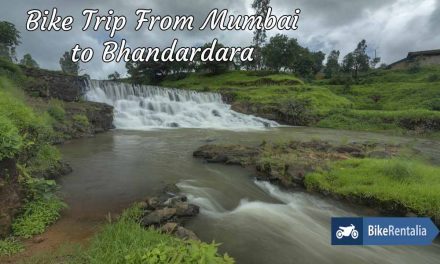 Bike Trip From Mumbai to Bhandardara 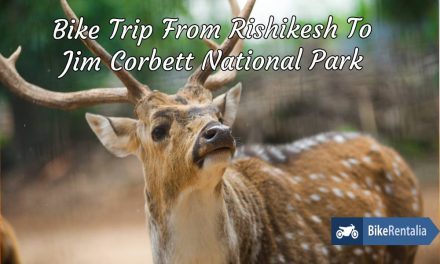